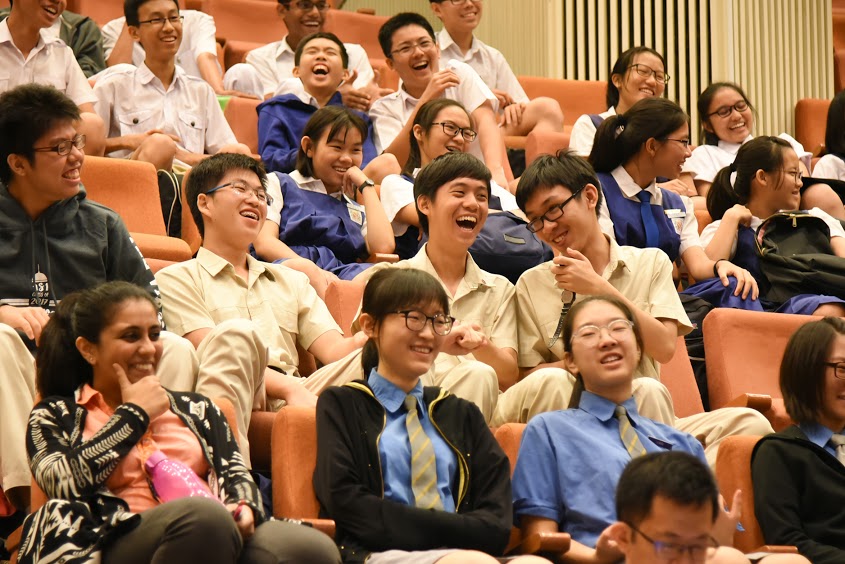 SIBiol and the Science Centre Singapore co-organised the 2nd Singapore Junior Biology Olympiad (SJBO) for students from Secondary 2 to 4 (or their international equivalent) and welcomed all schools to take part. A total of 1354 students from 57 schools (55 MOE, 2 international) participated in the theory round which took place online on Friday 26th May 2017. A total of 68 students received gold medals, 154 received silver medals, 216 received bronze medals and 161 received honourable mentions.

Following the theory round, the top 9 schools (as determined by a weighted average of the scores of the four best students from each school) were selected to participate in the practical round: Anglo-Chinese School (Independent), Catholic High School, Cedar Girls’ Secondary School, CHIJ St. Nicholas Girls’ School, Dunman High School, Hwa Chong Institution, NUS High School of Mathematics and Science, Raffles Girls’ School and Raffles Institution. Schools selected were allowed to train and select 5 students (including 1 reserve) to participate in the practical round, held in the Science Centre Singapore on the 16th of August 2016. The students participated in teams of 4 in the SJBO practical round. They were made to complete various tasks ranging from collecting and classifying aquatic micro-organisms to identifying and observing plants in their native habitat.

The Singapore Junior Biology Olympiad is registered under SIBIOL